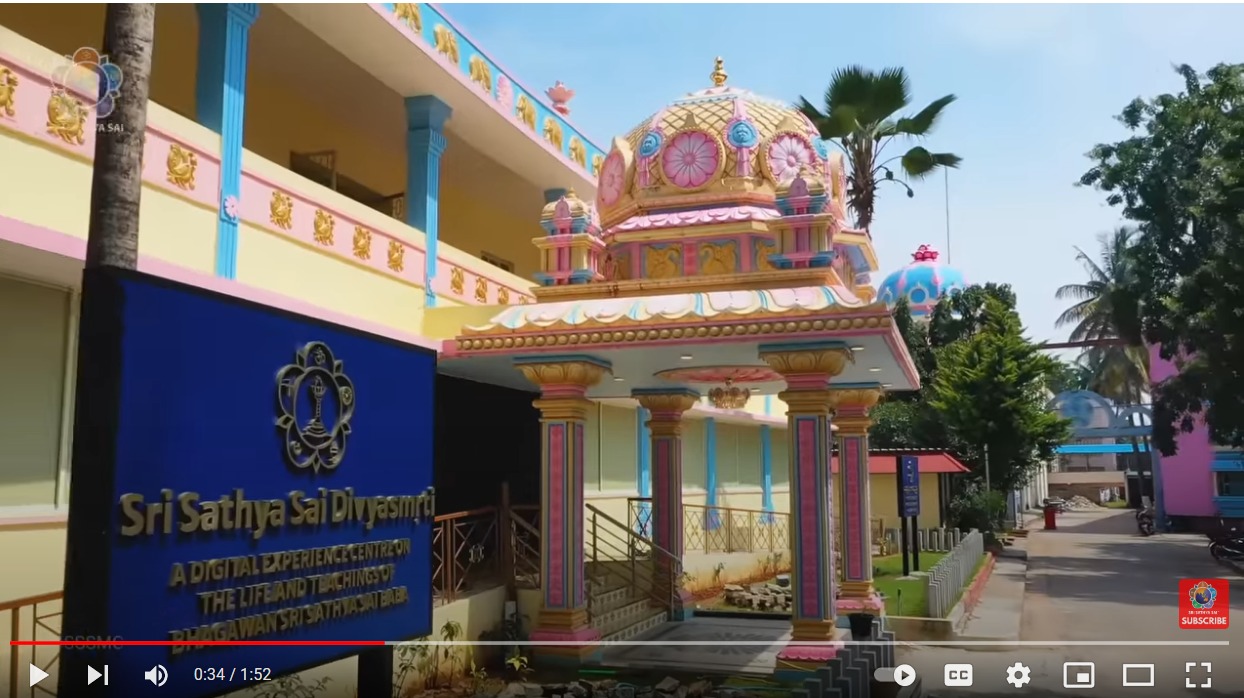 A few days ago, on November 3, according to an unassuming article in the lyfestyle section of the Hindustan Times (Sri Sathya Sai Divyasmriti Museum will be inaugurated soon in Bengaluru), followed by a few local media outlets, another museum in honour of the late alleged avatar Sathya Sai Baba was opened. As if anyone needed yet one more. But hey, leave it to the Central Tust to celebrate their own golden jubilee by building another useless piece of tawdry, self-serving, touchy-feely, hyperspecial state-of-the-art lifetime digital Phy-gital experience! (Spoiler alert: Not!) It promises to display no less than 15 exhibits! I quote:

… On display are creative recreations of anecdotes from Sri Sathya Sai Baba’s childhood and the experiences of early devotees. One of the exhibits features a touch wall with glimpses from his travelogue and archive images from his Puttaparthi and Bengaluru ashrams. Visitors can also interact with tables that chart the timeline of Baba’s entire life. The museum, which would be a nostalgic and sacred reminiscence for followers and devotees of Sri Sathya Sai Baba, will also inform people about the immense social welfare projects undertaken under his guidance …

The new pink elephant in the room (and bright piggypink it is!) has been built not in Bengaluru itself, of course, as his late greatness is not important enough to deserve real center stage attention anymore, but on the premises of his erstwhile annex, the Whitefield ashram Brindavan, next to the Kadugodi railway station. Once a restful, tree filled enclave, it was long ago turned into the typical Indian style stock of building blocks in ultra Colorite, with no attention for durability and even fewer trees left, no concern over global warming, only a bit of an upgraded Madame Tussaud’s plus some interactive features every Western museum possesses for 2 decades or so, all to glorify the one and only true ‘godman’, Sathya Sai Baba, who greets you non-hologrammically in gypsum when you enter the building, like Chief Minister Bummai of Karnataka noticed after he cut the ribbon and entered the premises:

Why add to the self-glorifying list of dust gathering Sathya Sai Baba museums?

The list of so-called museums commemorating Sathya Sai Baba is quite staggering if one were to discount the fact that almost all are confined to the premises of his ashram Prasanthi Nilayam. Built with much pomp and circumstance in the last decades of the 20th century and a few later on, they were announced with great aplomb, but are failing miserably to live up to modern standards and lack visitors chronically. Their propagandistic and simplistic interior messages are an affront, so that does not help, their seva dal personnel are so robotic they might well be engineered from afar by Tank-Bin, the present firm to make it all hip and interactive. Whether it be the Chaitanya Jyothi Museum, the Eternal Heritage Museum, The Planetarium, they were in total disarray 3 years ago. Likely they are even in worse state than back then.

Divya Weed’s series of inside the ashram video series, including tours of the museums

For a comprehensive look inside the main Puttaparthi ashram and the museums there by former devotee Divya Weed, see her unique insider look YouTube video series here:

Is the SSSCT getting desparate?

It is quite clear this whole newest kid on the block ‘museum’ was built on commission by the Central Trust, and with ‘their’ money. Notwithstanding the fact they are still trying to gain influence, there is little to go on that they are making headway. They face fierce competition as new gurus garner attention, like the fake Muddenahalli boy, see my post Sai Baba Copycat gets PM Modi’s Covert Support.

3 thoughts on “Another Silly Museum for Sathya Sai Baba”